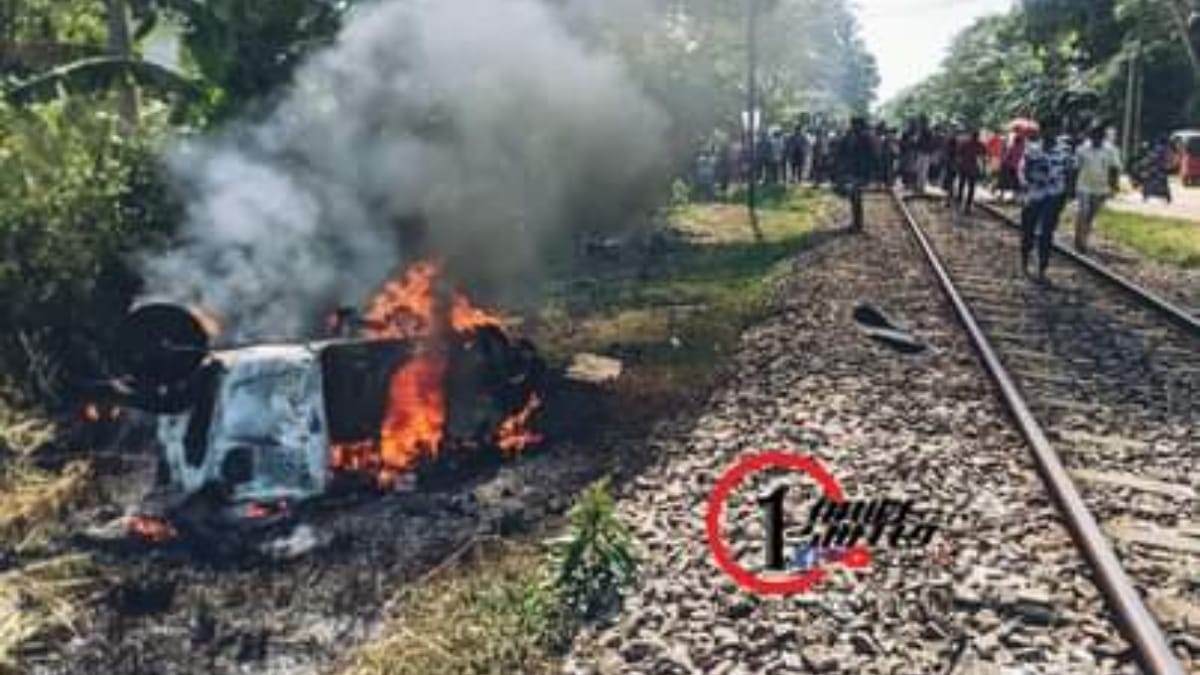 A Sri Lankan and a Russian died after a three-wheeler collided with a train in Galle on Thursday (01) morning.

According to reports, the driver as well as a Russian  tourist was a female, had been killed on the spot. The three-wheeler had caught fire following the accident.

Sri Lanka Railways said that there may be minor delays in operations.

THIRD SCHOOL TERM TO BE HELD IN THREE PHASES