Steve Smith’s legacy as a Test great continues to grow.

When Australia’s number four reached seven in the second innings of the third Test against Pakistan, Smith became the fastest man to 8,000 runs, reaching the milestone in his 151st innings. 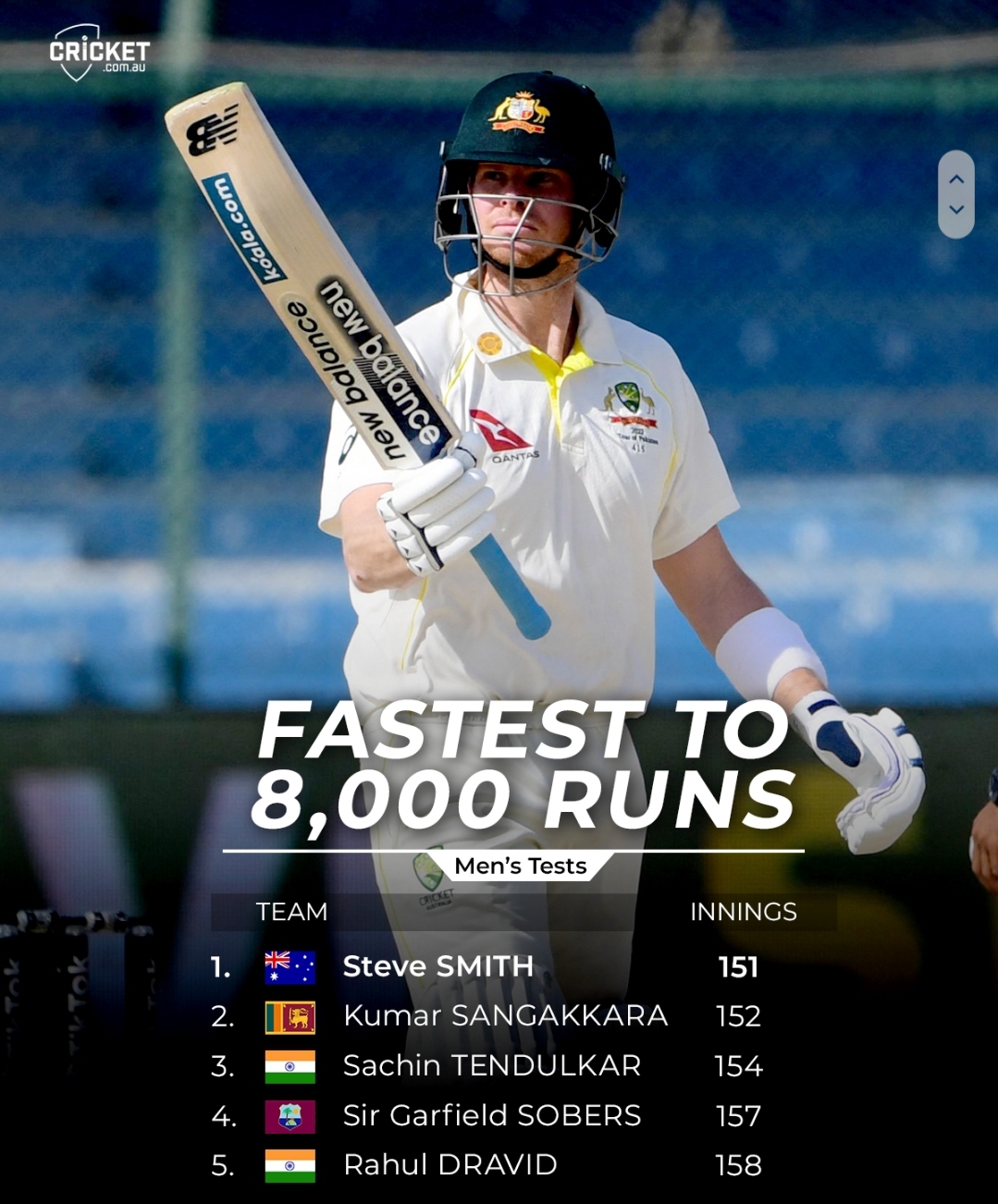